Hello again! Welcome to the third PITCH IT TO ME CHALLENGE! For those of you who missed the second challenge, our special guest pitcher, editor Alayne Kay Christian of Blue Whale Press, captured the most votes to take top honors. It was a close competition, and I want to thank everyone who dropped by to participate.

For this round, Marcia Berneger, author of BUSTER THE LITTLE GARBAGE TRUCK, has sent in a pitch for her picture book manuscript, TASHA AND THE NEW YEAR TREE. What a great story, let me tell you! Or rather, let me pitch it to you, along with fabulous author, Erin LeClerc, whose debut picture book, I’VE GOT A COW CALLED MAUREEN, came out earlier this month. These two ladies are super-talented so prepare to be wowed by their pitching prowess. You can learn more about each of them below.

Here’s a recap of how it works ~ Take a look at the three pitches in the voting box. They are in no particular order so you’ll never know whose is whose (the author’s, mine, or our special guest pitcher). Vote for your favorite, and if you are so inclined, leave a comment, too. We love hearing from readers/voters!

You have until April 1, 2019, to cast your vote. No joke! Please vote only once, but feel free to tell your friends about us and get them in on the action.

Marcia is a retired teacher who lives with her husband and three crazy dogs. She enjoys helping in a classroom and reading with children at libraries, bookstores, and fundraisers. She wrote her picture book, Buster the Little Garbage Truck, to help children overcome their fears. She also has a new chapter book coming in September called A Dreidel in Time: A New Spin on an Old Tale

You can connect with Marcia through the following: 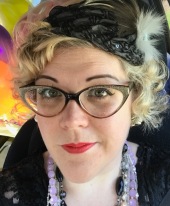 Erin grew up with seven siblings, three ghosts, two eccentric parents, and a multitude of farm animals in a crumbling abandoned hospital in the suburbs. This vastly informed her imagination! She spends her “9 to 5” as a psychologist, and her “5 to 9” writing adventurous tales. Her debut picture book was released by Clear Fork Publishing in March 2019!

You can connect with Erin at:

Find I’VE GOT A COW CALLED MAUREEN for purchase at:

I think it was Candice who teased me after the first Pitch it To Me Challenge for having a section called “Concluding Remarks,” noting that I just can’t shake the attorney off even if I stopped practicing over two years ago. She would be right (she usually is!), but I kind of like it so it stays. It’s also a great space to thank our lovely authors for joining me in the challenge. Hooray for Marcia Berneger and Erin Le Clerc for lending their WONDERFUL words for you to enjoy and vote on. And thank you all for stopping by. Until next time . . .

View all posts by Sandra Sutter